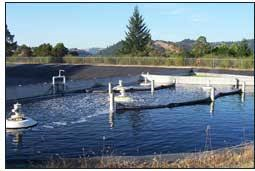 The Board of Directors and myself were informed at the Regular Meeting on November 14, 2018 that there were past increases to the sewer rate.  In the Proposition 218 letter to the public, it was stated that from the time of installation of the sewer plant, sewer rate increases never took place.  A customer of the River Pines Public Utility District shared two bills from 2002 and 2004 where, indeed, the sewer rate was increased.

The District's billing records do not go back that far, and when the question about past rate increase was asked to longtime residents, none of them could recall a rate increase to the sewer since it was almost 15 years ago.  I would like to thank the customer for sharing with us the years that previous sewer rate increases took place.  I would also like to apologize for stating inaccurate information which was due to lack of information and records.

Since the Proposition 218 letter stated very important reasons and facts for the increase, the Board of Directors voted to increase the sewer rate.  The District may not raise rates just because they have never been done so.  There must be financial reasons for rate increases and the Proposition 218 letter provided those reasons.  The new sewer rate will take effect January 1, 2019.